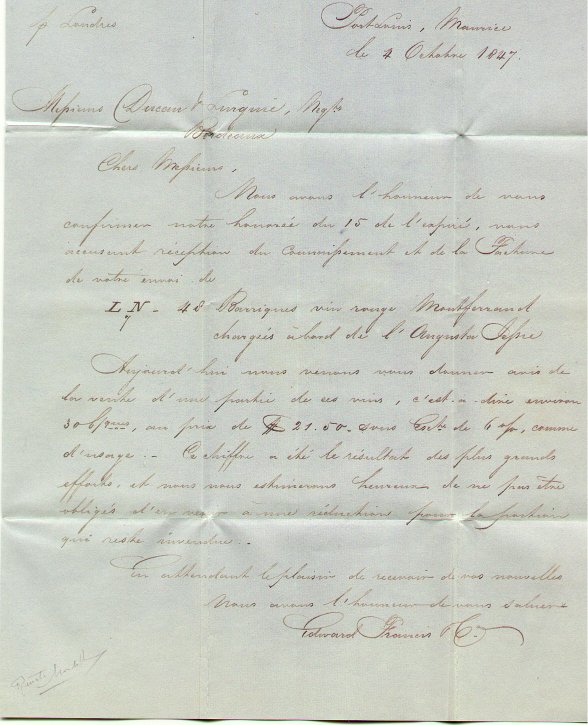 The Bordeaux Letter
On October 4th, 1847, the firma Edward Francis & Co.of Port Louis, Mauritius, confirms to their correpondent, the Wine Merchant Duncan & Lurguie in Bordeaux, France, an order for 30 barrels of wine..

This letter is posted via England in an envelope with both the One Penny Orange and the Two Penny Blue stamps. 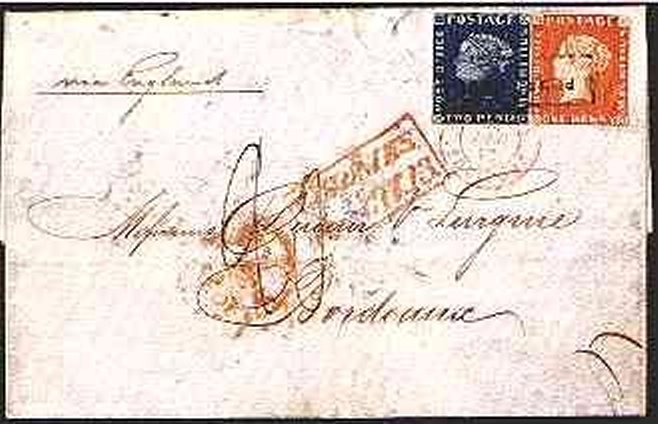 The Front side of the Bordeaux Cover 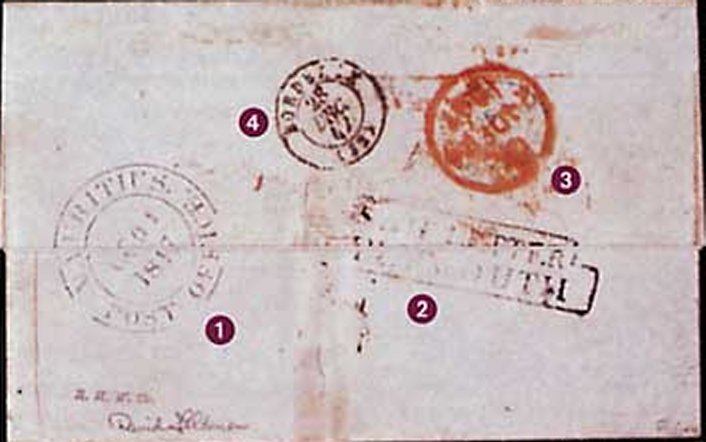 The Back side of the Bordeaux Cover

The History of the Trip

The handstamps relate the history of the trip.

The Mauritius Post Office circular datestamp of October 4, 1847 (Nr. 1) on both front and back and the “Penny Post” handstamp on the stamps marks the beginning of the trip.

The framed “SHIP LETTER PLYMOUTH” handstamp (Nr.2) marks the trip to England around the Cap of Good Hope and then to France (“COLONIES & ART.13”) on the front of the cover.

The arrival in France is documented by the “BOULOGNE” handstamp on the front side and the PARIS datestamp of December 26th, 1847 (Nr. 3).

Finally, the “BORDEAUX” datestamp of December 28, 1847 (Nr 4) proves the arrival at destination.

When a young French boy went through correspondence files in 1902, he could not realize that he was going to happen upon one of philately’s greatest rarities. He was searching through a batch of dusty letters when he saw a cover franked with 1 penny and 2 pence stamps from the volcanic island of Mauritius. As he examined the cover, he recalled reading about the unusual stamps in a magazine.

The young French boy was holding a cover franked with two of the stamps – singles of each value. The cover was addressed to ‘Messieurs Ducan & Lurguie’ in Bordeaux and Paris in October 1847.