The Island of Mauritius is famous for 2 of the rarest stamps in the World, the 1847 “Post Office” Penny Orange and Twopence Blue. This site is dedicated to the first stamps of this Paradise on Earth, those that were engraved and printed locally. Extensive work has gone into the creation of this site and updates are frequent. The intention here is to provide noteworthy data, not limited strictly to philately, but also useful information about the Island, it’s history, customs, culture and environment.

Be sure to come back often as this is a work in progress! I would be grateful if you could find time to send me an email and leave any comments or suggestions that might assist me or other visitors to this site. 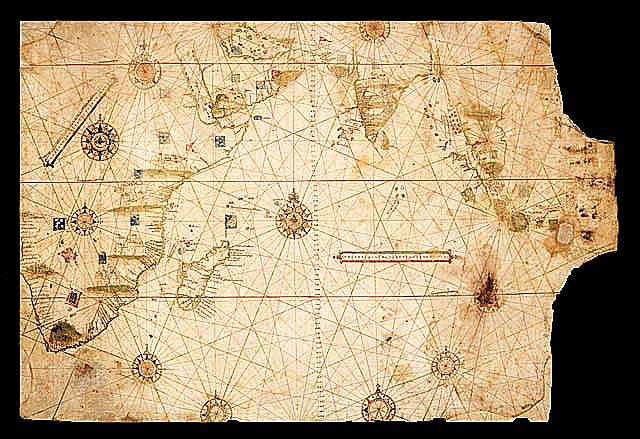 Mauritius is shown the first time on the Map of the Indian Ocean, ca 1519, by the Portuguese Cartographer Jorge Reinel (1502-after 1572).

This map is part of the Lopo Homen Atlas (Also called Miller Atlas). With the onset of voyages on the open sea, coastal navigation techniques were no longer practical. It became necessary to study the stars at night and the Sun during the day to calculate the information necessary for efficient navigation. It was thus that oceanic or astronomical navigation began, and with it came a new type of nautical map which contained information on navigational aspects. It included information on latitudes of key coastal areas, on harbours, bays and capes, distances, landmarks and angles of the sun. It also described the wind and sea currents and recommended appropriate anchorage spots. In contrast to the traditional maps, the new ones did not chart entire coasts but merely the areas which had been navigated. They often included recommendations for the best sailing times or an alternative route considering the different winds and sea currents throughout the year. The french National Library is home to a collection of maps known as the Miller Atlas. Despite the misleading name, the maps are actually of Portuguese origin and attributed to Lopo Homen, the King?s official cartographer in the first decades of the XVI century (1519).

Some scholars believe that Arab traders did reach the island in the Middle Ages, since a map drawn by Arab geographer Al Sharif El-Edrissi in 1153 appears to show Mauritius. 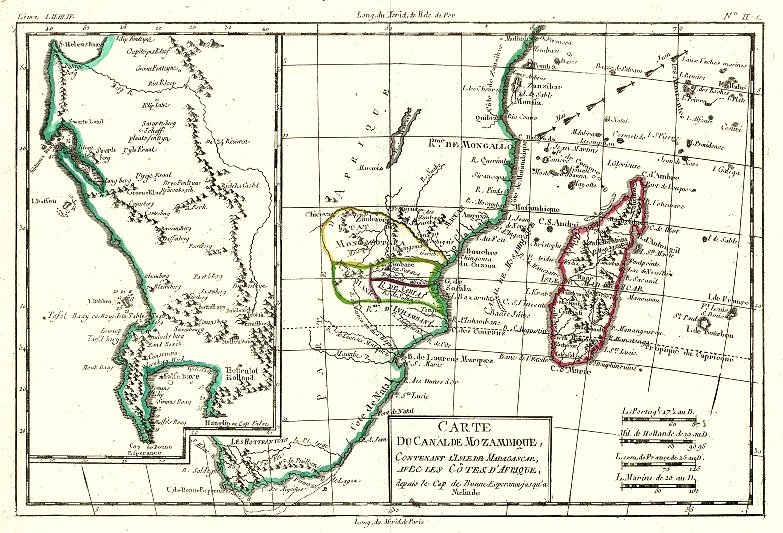 On this Map of Eastern Africa by Rigobert Bonne (1727-1795) Mauritius Island (Old name : Isle de France) can be seen at the far right 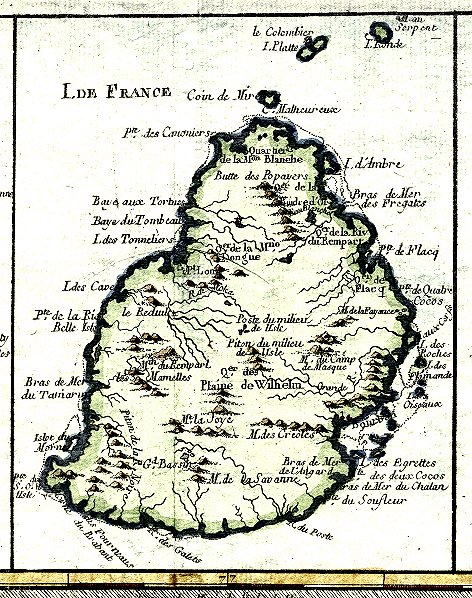 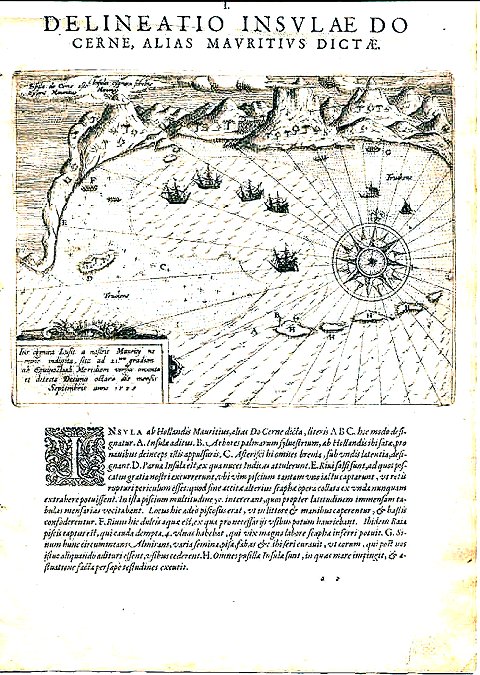 This map, from De Bry?s, Petits Voyages, Part 4, is the first printed map of Mauritius, published just three years after the Dutch landing in 1598 at the south-east harbor of Grand Port. As E Keble Chatterton (1) points out, the map, with clarity and skill, does two quite distinct things ? it records an achievement (eleven ships are shown in the harbor) and it presents sailing directions for those seeking an appropriate anchorage.

The landmarks include palm trees and mountains, a freshwater stream, islets where tortoises can be found, and a secret position where articles were left for later venturers.